Another report from Andy, hot off the press:

Not happy that his mate Andy Dicker (aka 'GINGER') didn't catch when the pair visited the Belfry last week, Tusker and Ginger returned, armed with plenty of Robin Red and Trout pellets from Anglers Den. The pair chose different pegs from last week, and settled in for their days fishing.

Ginger was the first to take with a good conditioned Mirror Carp weighing 5lb 2oz. Tusker roared 'That should stop you sulking' as Ginger slipped the Beauty back into the lake. The pair went on to catch five fish a piece, both Mirror and Common Carp ranging from 3lb up to a controversial Mirror weighing in at 8lb - became controversial when Tusker yelled to Ginger 'My rod's just gone in!'

Ginger managed to hook his landing net under the reel to retrieve the rod, then promptly landed the said Mirror that had been hooked on it. 'Who's sulking now Tusk?'

Another good day was had by the pair who are already planning their next visit!. 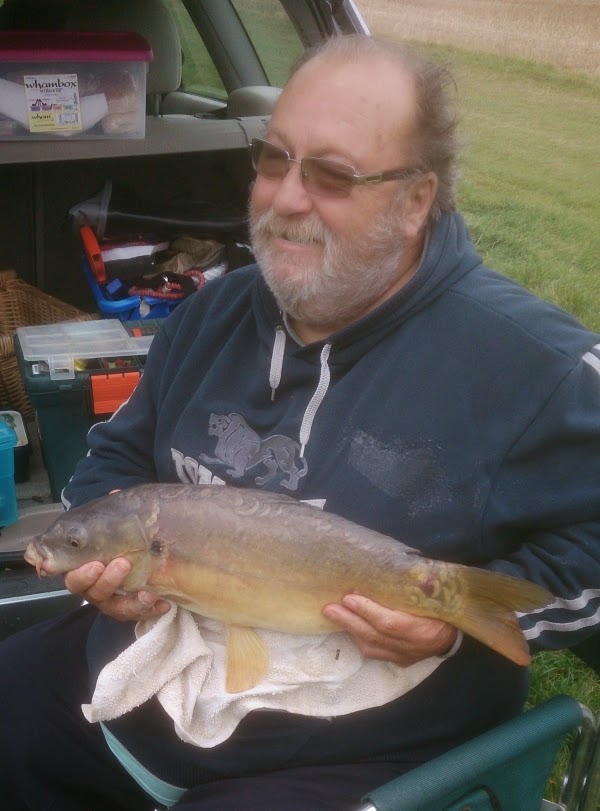 Posted by Sussex Coarse Angling with Anglers Den Sussex at 23:00